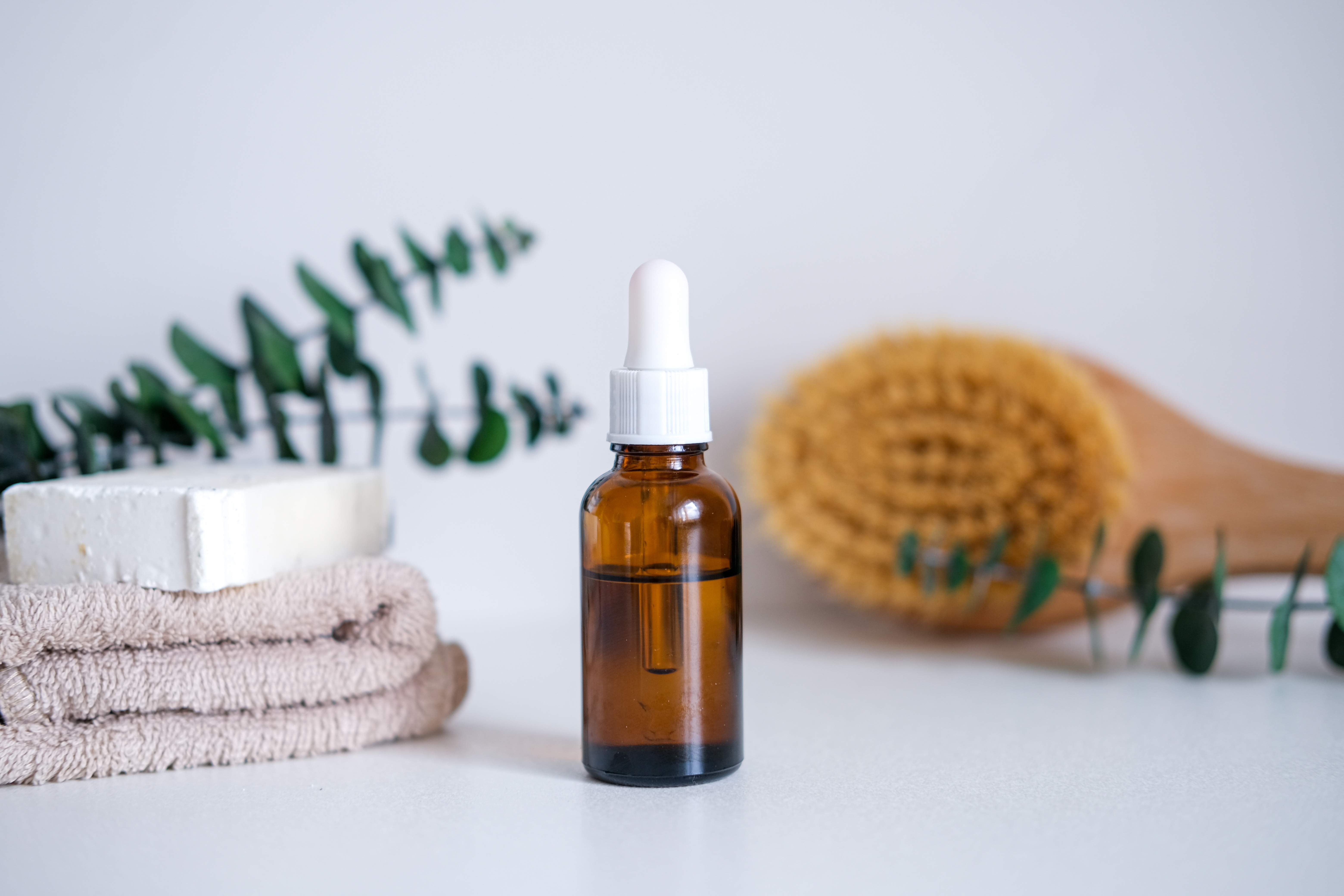 Well known for its cosmetic properties, squalane was first extracted from the liver oil of some sharks, and then from olive oil in the 80s. Today a third generation arrives on the market, obtained by a biotechnological process from renewable raw materials.

The squalane, a molecule with universal qualities?

Squalane (C30H62) is obtained by hydrogenation of squalene (C30H50), an oily liquid that occurs naturally in many plants and animals and in human sebum (more than 10% in adults). As squalene oxidizes easily due to its unsaturated character, hydrogenation preserves its qualities with a very similar molecule, which is also present in human sebum though in smaller proportions (1)

The properties of squalane are many and diverse, they explain its success in cosmetics and pharmaceuticals. It is a mobile, clear, colorless, odorless, tasteless, very stable, almost “un-oxidable” even with heat, non-toxic and non-irritant (2) liquid. It has excellent sensory characteristics (very nice non-greasy “touch”, good penetration) and technical properties (easy to emulsify, very soluble in common cosmetic media, very low freezing point, good dispersing pigments).

Because of its molecule close to the squalene present in the skin lipids, its dermatological properties are numerous: emollient, moisturizing, restoring suppleness of the skin, excellent penetration, perfect affi nity with the skin ... Very versatile, squalane is used in all types of formulations, without limit of percentage.

Discovered in Japan in the early twentieth century (3), squalene had no signifi cant use until the early ‘50s, when Mr. Sabetay, scientifi c director of the company Laserson & Sabetay had the idea of hydrogenation in order to stabilize it: the Cosbiol™ (squalane) began a promising career quickly adopted by cosmetic formulators, its inclusion in the French Pharmacopoeia quickly followed.

However, its development was hampered by cycles of shortages and price increases and then from the 80s the ecological dimension prompted users to seek alternative sources (4) . 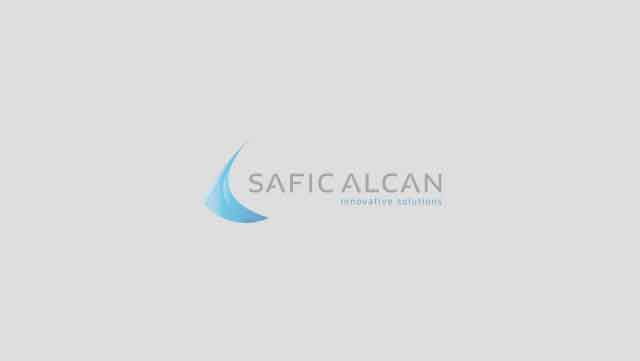 In the 80s the Spanish company Hispano Quimica developped a method for extracting squalene from olive oil (5). The “olive” squalane brought a nice solution to sharks defenders and gradually took over despite higher prices and lower purity (approx. 92-96%), being more diffi cult to purify than from shark (99% approx.).

It should be mentioned attempts to develop other vegetable origin such as palm oil, amaranth, rice (6)

Because of its properties (see above), cosmetics and pharmaceuticals are the two areas of interest for squalane and they concentrate the majority of industrial applications in a global market of several thousand tons. The supply has always been the Achilles heel of squalane, whether shark or olive, and there is no doubt that this has very signifi cantly slowed its development.

In both cases, there is a structural mismatch between the organization and the resource needs of the market, leading to cycles of shortages and higher prices. Indeed the shark liver oil and the unsaponifiable fraction of olive oil are by-products of the food industry, which amounts available may vary depending on many parameters (technical, commercial, speculation,...) on which squalane manufacturers have virtually no control.

The overall situation has improved since the vegetable squalane suffers less severe difficulties than those that have marked the history of shark squalane, however this erratic situation still “on the hedge” cannot reassure users and does not allow to consider serenely a significant market development.

The Amyris story begins in 2003 at the University of California at Berkeley where three postdocs develop (with a scholarship from the Bill & Melinda Gates Foundation in 2005) a new technology to produce, from natural sugars, semi-synthetic artemisinin, a key active ingredient in the fight against malaria (7, 8, 9).

Today this technology is licensed without royalties to SanofiAventis, which allows to manufacture, on a “no profit, no loss” basis, tens of millions of doses of artemisinin, totally overcoming the supply difficulties of natural artemisinin(10) .This realization is at the heart of Amyris culture, company born from a passion and commitment to put technology at the service of the common good

Meanwhile, Amyris has used its fermentation technology to develop the production of other molecules of commercial interest from natural and renewable materials (sucrose cane and beet sugar, cellulosic biomass sorghum, ...).

Amyris industrial choice is focused on sugarcane as the Brazilian sugar industry ensures the best conditions of cost and availability, while respecting international standards of environmental protection.

This technology allows Amyris to get Biofene™ (farnesene), a sesquiterpene that occurs naturally in some plants and is the basis for the production of many industrial products in Amyris program: fuels, lubricants, flavors, fragrance, squalane; ...(11) .

Neossance™ is produced from farnesene, itself obtained by fermentation of sucrose in the presence of Sacccharomyces cerevisiae (a common and non-pathogenic yeast, which is then completely removed). After distillation, hydrogenation and dimerization, farnesene leads to Neossance™ squalane.

Neossance™ is renewable and bio-based (100% USDA certified biobased product), non-GMO, and Ecocert approved. Its production does not compete with human food and it is much more effective than the olive crop since one hectare of land can produce up to 2500kg of squalane from sugarcane but only approx. 50kg from olive oil, and sugarcane by-products (bagasse, straw) are used to produce energy.

Amyris has recently become a member of Bonsucro, a standard in the field of sustainable production and processing of sugarcane. Amyris believes to be the first company of its kind to join this certification (12)

Neossance™ is an authentic squalane, as well as the shark and olive origins: it is exactly the same well-known C30H62 molecule (2,6,10,15,19,23-hexamethyltetracosane). The difference lies in its minor constituents (Table 1).

Neossance™ has all the properties that have made the reputation of squalane (see above “properties of squalane”). Its physicochemical properties are similar to those of other squalanes with improved UV stability vs. olive squalane. Its coefficient of friction is identical to those of other squalanes (0.43 MIU). In formulation, its performance is identical: same great cosmetic “touch”, spreading, penetration...

Made from a raw material (sugarcane) available without limit through regular harvests and high yields, manufactured in factories with large capacities, Neossance™ brings to the squalane market an industrial vision which guarantees a stability of price and supply never-seen so far, and full traceability from field to market that eliminates the need for isotopic analysis verification of origin.

It is finally possible to formulate with squalane without fearing scarcity or outof-control prices, and while enjoying all the guarantees of natural and renewable sources. On this simple and robust formula, Neossance™ reconciles squalane with industrial users.

Safic-Alcan releases its 2020 Sustainability Report In Article
Next