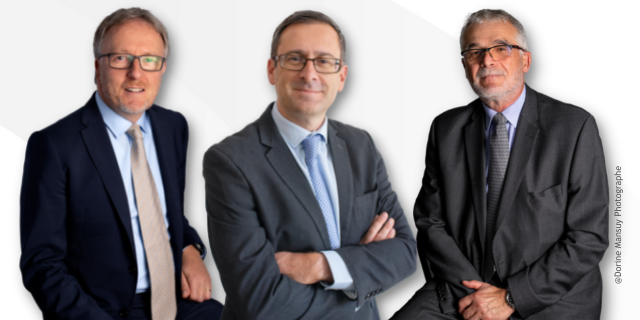 Under the leadership of Martial LECAT and Philippe COMBETTE, SAFIC-ALCAN, which celebrates its 175th anniversary this year, has become an European leader in the distribution of speciality raw materials for the formulation industry. It has undergone a profound transformation, which began in the 1990s with a broad diversification of its distribution markets and an internationalization of its activities, both through organic and external growth, making SAFIC-ALCAN the only independent French distributor in its market sector with international coverage.

The company's Executive Committee will henceforth be composed of:

Yann LISSILLOUR joined SAFIC-ALCAN in 2000 and has held various commercial and managerial positions during his career within the group. He has been in charge of acquisitions since 2016 and was appointed COO last November.

I am very proud to be taking over the leadership of Safic Alcan. With my colleagues on the Executive Committee, and the presence of Martial and Philippe on the Supervisory Board, we will continue the exceptional human and entrepreneurial adventure that is Safic-Alcan. I am convinced of the robustness of our model and the unfailing commitment of our teams. Together, we will continue to be lasting link between all our partners.

Upcycled cationic surfactants In Article
Next